A few days ago, I had the type of glucose test where you drink an extremely high glucose drink and then test again 2 hours later. My resting blood sugar was 101; it used to be 85. I quit eating sugar 6 weeks ago, so I am confused as to how my results went from a normal blood sugar when regularly eating hot fudge sundaes and cake to prediabetes when I don't consume any sugar at all.

In addition to the higher resting blood sugar rate, the overdose of glucose caused me to get very sick. I was in extreme pain, like when I had cancer a few years ago, and was seriously worried. Thankfully, after the glucose was either out of my system (or had sufficiently diluted), the pain went away. If for any reason my results end up being inconclusive, I will refuse to take another test because the overdose of sugar was too harmful. Not only do I not want the pain, I don't want sugar in my system.

Yesterday I had a piece of sugar-free Trident Splash gum. I haven't had any gum since I stopped having sugar. Doing so was kind of an experiment and it is difficult to describe what I felt. About 20 minutes after putting the gum in my mouth, it was apparent that some ingredient in it was affecting my mental state. Yuck! I immediately threw it out. It really is scary how "foods" and even gum can affect behavior and mental health.

Since I haven't posted a Global Personality Test snapshot in awhile, this is from today:


You might have noticed a few differences in my personality report. From doing the yearly My Ideal Partner lists and then dating, I have learned a lot more about myself, who I am, and what I consider important. And now you know, too.  ;)

My most recent ex was an ex from years earlier. No, we didn't have a random hookup that resulted in a renewed relationship. We actually talked about getting back together for over a year before we consummated our second go 'round. I bet if any of my other ex's are reading this, they might be wondering whether I'd have sex with them again under the right circumstances. For the most part, NO! Exes are exes for a reason and I don't want to rekindle our romances.

There are two exes, however, whom were impressive enough in bed that I have thought about whether a sex-only encounter might be reasonable. Of course, these relationships were also the most unhealthy I've ever had so the clear answer is no. In fact, in both cases I moved out of the state to get away from them! The first man was crazy beyond my tolerance level...but a 15 on a 1-10 sexual rating scale--thoroughly destroying the bar for everyone else. If it wasn't for his level of crazy, I would've married him in a heartbeat. For many reasons, I don't intend to ever speak with him again. The second guy was a 9 on the 1-10 scale and had a unique sex move I've never experienced with anyone else. For that reason alone, I've considered it. He knows how to compartmentalize sex and can't be monogamous, so he could be a possibility. On my end it would be just sex too. Thankfully we' don't live in the same state so there is little temptation.

There is a third guy....although he can't be labeled as an ex because our relationship wasn't committed, it was casual. We lived in different states. He came into my life at a time when I was too messed up to date but needed sex, and he was very skilled in bed (10/10). Yep, I'd do him again. 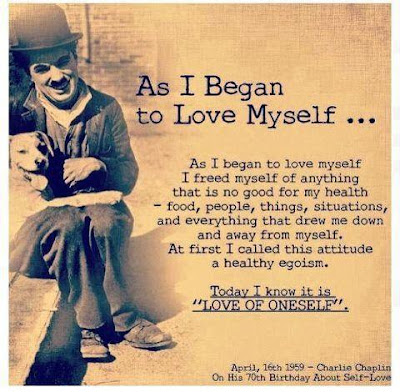 I quit drinking 6 years ago. As I've said before, I wasn't an alcoholic. I was so unhappy with my life that I used alcohol to excess as a coping mechanism. When I did this, I drank pure Patrón. I hate tequila, yet it was the quickest solution. There are times when I would like to enjoy a Sweet Water Blue, a Guinness, or even a cocktail--all of these taste yummy--but then I would lose the sobriety I have kept for so long. It's easy to give in to desires. It's harder to maintain discipline, and that is what I am doing by remaining sober.

Today also marks 1 month since I stopped eating sugar and sweets!! Breaking my sugar addiction was much harder than quitting drinking, which makes sense... Most people know that, in laboratory studies, rats will choose cocaine over food and eventually die from starvation. Less people are aware that, when rats are given the choice between cocaine and sugar water, 94% of the time the rats will choose sugar water instead of cocaine--this includes rats who were already addicted to cocaine! Sugar not only tastes good, it creates dependence within the brain. It is, quite possibly, the most addictive wide-spread and socially acceptable substance. I am so happy to finally be free of it. It has been many years since I loved myself the way I do now. I am healthy, happy, and constantly improving.  :)
Posted by Trixie Racer at 7:15 AM 1 comment:

People often become interested in others based upon observations and non-reality. It is human nature to fill in the unknown with assumptions. Few people take the time to actually learn about others on a deep level, preferring to stick with their (often false) assumptions. Not only do I want to know the people in my inner circle completely, I want them to know me completely too.

Here are several blogs I've written over the years which describe who I am, my belief systems, and what I want in life:

Wouldn't it be nice if everyone had lists like this where we could read how they arrived at who they are now and what they consider important...before getting involved? Or am I in the minority by wanting something less superficial?
Posted by Trixie Racer at 8:40 AM No comments:

In the beginning I rarely blogged publicly, instead I reserved the majority of posts for my website. That said, today marks 10 years of public blogging.

By not checking my stats, I'm not really sure what my readership is like. That is intentional because I write for me. Always. That way I don't censor what I write. I prefer being real.

If you enjoy my posts, great! Comments are positive reinforcement that it's worth taking the time to write because--every great once in awhile--someone actually reads it. But, for those you don't like reading about my life or opinions, why are you even reading this?